Anaida is an Indian performer, actor, director, producer, pop and playback singer, multi-linguist, advertising conceptualizer, a creative exponent of the fine arts, writer/poet and painter and a CHEF. She is a holistic healer and a yoga teacher who believes that food plays a key role in not just physical but our emotional well being as well. 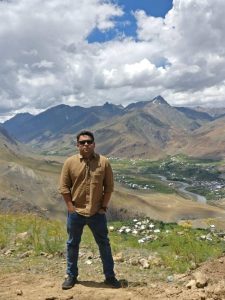 Vesna Pericevic Jacob is a trained nurse, Physiotherapist, and author of “Fight to fit”, a manual on self defence techniques, helpline number, mobile applications and laws pertaining to violence against women. She is the CEO of Chhoo Mantar, a company that provides high-end beauty and spa service. She is known as the ‘Princess of pilates’.

Jonathan Philemon Nitin Brady is a Radio Jockey, Presenter, Voice Artist and an Actor. He is known for his prank calls that he makes on air. Khurafati (mischievous) is what his mother called him when he was a child. He initiated- ‘Ambulance First’, a thoughtful message which says- give a way to an ambulance in a traffic jam.
He was the one who started CSR “Corporate Social Responsibility like ‘Ashok ki Madad’ , ‘Ravi ki Madad’ activities on Radio.
He along with his borther Raul Brady founded- http://www.godatu.com, which is a social networking platform for dancers.

Chef Gautam Chaudhry represents the exclusive group of creative chefs who pioneered the trend of Progressive Indian Cuisine. Having started his career with the Radisson Group, Chef Gautam went on to work with The Oberois launching “Three Sixty Degrees” before heading to the Tanzore Restaurant and Lounge in the very glamorous Beverly Hills, USA.
He came back to India and conceptualized the award-winning restaurant Pink Poppodom and has continued receiving accolades from the Times Food Awards through 2012, 2013, 2014. Most recently, Chef Gautam added yet another feather to his cap by being listed as one of India’s Top 10 Chefs by Hotelier India. 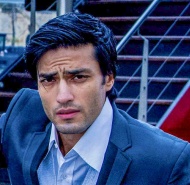 Dr. Manu Bora This qualified orthopedic surgeon really seems to have his feet firmly in the modelling world. A six-month “break” had a different impact than originally anticipated; He decided to take up modeling following his medical studies. His portfolio includes the covers of Vogue India and Wallpaper Magazine as well as pages in high-profile publications such as GQ. When he’s not busy improving his skills on the operating table, countless top brands are vying to put their name on his scrubs. Manu has seen his career skyrocket, with countless campaigns, editorials and fashion shows now under his belt.

Sana Bector Parwanda is a Brand Director at Cremica Foods, Co-Founder at Zoet Desserts and is currently working on a new food venture.
Her passion for food has been passed down generations from her grandmother Mrs Rajini Bector who started Cremica Foods 40 years ago from her home. When she’s not at work you can find Sana either at pilates, working on a new painting or cooking up a storm for her family and friends. 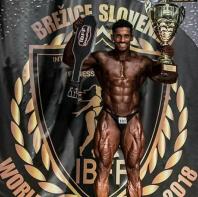 Chitharesh Natesan is an international bodybuilder who also works as a personal trainer in Delhi. He has bagged the title of Mr. India 2015 as well and has won Mr. Delhi four times. He has also won the 1st place of Mr. World 2018 in the small category and the overall champion 2018 in Slovenia, Europe organized by the International Bodybuilding and Fitness Federation (IBFF). He completed his graduation in Physical Education from Lakshmibai national college of physical education Thriuvananthapuram Kerala.

Chef Iswarni MZ I started my own restaurant in 1982 after having received much learning and insights from my parent. I initially started my business by renting a small space and I worked my way through hardship until I had my own place for my restaurant. Long story short, the Governor of West Sumatra and his family were accustomed to dining in my restaurant. Charmed by my cookings, the Governor’s wife then asked me to be the chef for the culinary tours overseas as part of West Sumatra’s cultural introductory mission. So far I have attended culinary events in Germany twice, then in Singapore, Malaysia, Norway, and Brunei Darussalam 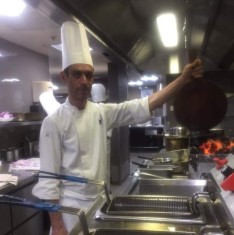 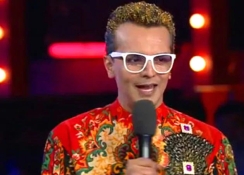 Imam Siddique is an Indian fashion stylist, actor and producer. He is an eminent form beautician in India. He is the man behind propelling different best models in the design business. He is known for MTV Timeout with Imam, Hotel Beautifool and Bigg Boss.

Tahira Kochhar Chosen as a finalist for Femina Miss India, soon after walking the ramp as a model for numerous designers and fashion weeks. Debuted in a Bollywood multi-starer – “Rabba Main Kya Karoon” as the female lead heroine.  Followed by a course in Business studies, P.R. and Advertising. Followed by a 15-month course in Dietetics, Health, and Nutrition. Completed with distinction marks. Now a certified Nutritionist, with a clinic of her own in New Delhi. And remarkable clients success stories to her name. 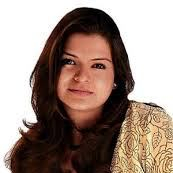 Advaita Kala is an Indian author, award-winning screenwriter, and columnist. She has worked with international Luxury Hotel Chains in India and abroad. She moved into a literary career and debuted her novel, “Almost Single” followed by a sequel “Almost There”. She contributes regularly to national dailies, magazines and a popular food column called – EPICURIOSITY for the Financial Express.

Ruchira She’s a journalist, a cook, and a food consultant. A cookbook addict, Ruchira went on to be a participant in Masterchef India 2, where she made it to the top 12. She currently heads The Piano Man Bakery and content and marketing for a food-tech start-up, called BetterButter.in. She blogs at Cookaroo where she not only shares the recipes she’s developed or read about but also her unique life experiences with food. 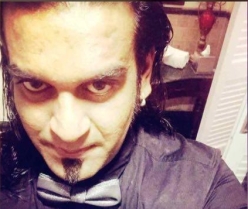 Kamalaksh aka “Kama” is a celebrated mixologist who has reinvented traditional ingredients and presented them in a contemporary avatar to the delight of people. His reinvention of Bhang and his signature session “Big Bhang Theory” is widely acclaimed. He has a Webseries Drinking Safari, which is a Travelogue about Drinking and Exploring the World of Beverages.

Puja Talwar is currently the Entertainment editor with Good Times. She has been a journalist for over 21 years and has extensively interviewed celebrities from Bollywood and Hollywood. She is a travel and fitness freak and a passionate foodie who loves her coffee! She is also an author and has written a book ‘The Bebbe Diaries’. 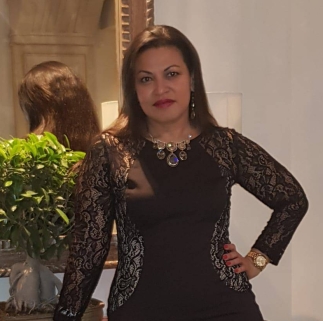 Thenny Mejia, an American citizen, has been in India for almost two decades. She has worked in healthcare KPO, a hospitality consulting as well with lifestyle brands and is presently heading CSR for a social enterprise to provide clean safe drinking water.