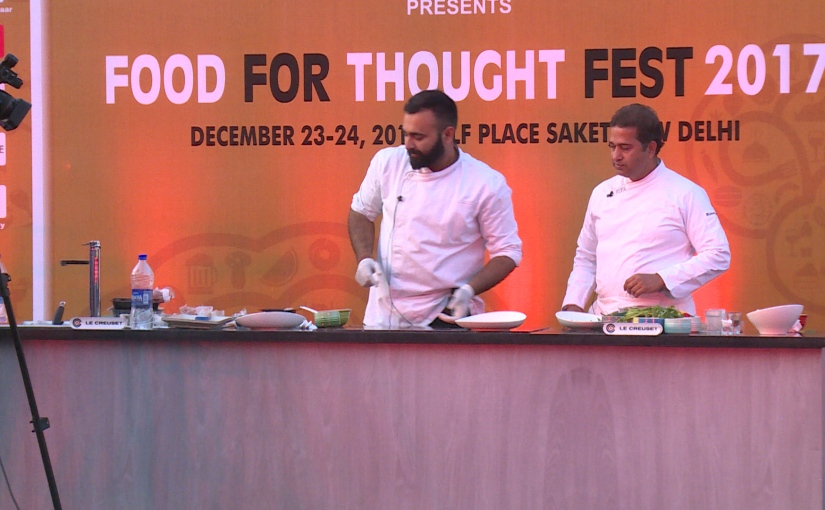 Carpaccio is a typically dish of raw meat or fish (such as veal, venison, salmon or tuna), thinly sliced or pounded thin and served mainly as an appetizer.

In earlier days, it used to be just pounded but now thinly sliced is more apt defination of a carpaccio.

Asian Thai Nampla or Fish sauce is one of the basic ingredients in Thai cooking. It has a rich translucent reddish-golden brown color and is used liberally in nearly all Thai dishes. It is often used as a marinade for fish and meat, as well as a condiment (usually mixed with fresh-cut chilies and lime juice) – you may have come across this “sauce” on tables in Thai restaurants. In fact, Thais would add a little fish sauce to their meal the same way we would use salt and pepper.

He also made a chilli jam along with it using caramalised sugar, chillies and fish sauce.

Watch the full video below: 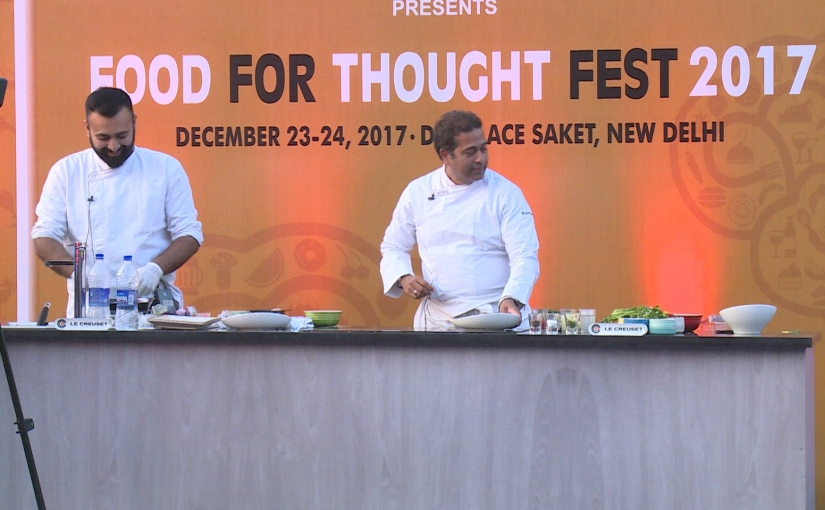 Ceviche, also cebiche, seviche or sebiche, is a seafood dish popular in the Pacific coastal regions of Latin America. Though the origin of ceviche is hotly debated, in Peru it is considered a national dish.

Traditionally ceviche consists of raw seafood tossed with an acidic marinade (think: citrus juice or vinegar) that “cooks” the fish. Here in India, we generally cook it slighlty before marinating it.

We top it up with Pomegranate and Habaerno peppers for the finish.

FFTF 2017 has something for everyone!

Watch the whole recipe below: